Playing games, exploring social media, and finding information increasingly feels fun thanks to the presence of the internet. However, complaints often arise regarding the performance of internet access.

Recently, the biggest game provider company in the world, Steam released the performance of internet providers in the world. One of the countries recorded in Steam's official data is Indonesia. 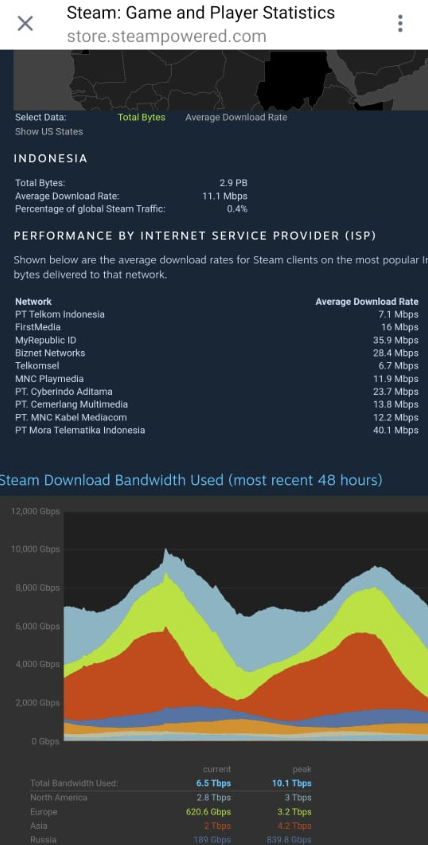 The following is the ranking of internet speeds from 10 internet network providers in Indonesia.

Based on Steam data, Indonesian users accessing the game service have an average speed of 11 Mbps. On average this is still behind the speed of internet providers in Malaysia with a speed of 33.9 Mbps. Meanwhile Vietnam has an average access rate of 40.3 Mbps.

The lowest average access in Southeast Asia is in Laos. According to Steam, the average internet access in Laos is only 8.8 Mbps